On July 22nd, 1979 we began our new mission in Somanahalli. Sisters Daya, Rashmi and Jyotika were the pioneers. For few months sisters visited the families, took informal classes, giving tuitions to children and supervised their studies. The Headmaster of the parish school, Mr. Venkata Shastry taught sisters Kannada and soon they could read and write and converse in Kannada. As our gratitude for his service, sister Jyotika taught English to the students of classes III and IV during the last two periods of everyday. At that time the classes were only from I to IV.

The sisters began a nursery school in the morning hours. Miss Antonyammal taught Kannada to those children and she was paid from the Fatima Fund of Sophia High School, Bangalore.

It was only in 1987 January that the sisters began to work in the school on voluntary service basis until 1994 when Sr. Divya was appointed the Headmistress of the parish school.

During her tenure, sister tried to improve the standard of the school, and the students developed their talents and participated in the extra- curricular activities. The strength of the school had increased to 450. The parents and the villagers were very happy with the performance of their children under the guidance of Sr.Divya. She was conferred the the Best Teacher’s award in the year 2002 by the Karnataka Teachers’ Association. Though there were times sister had to face lot of troubles she overcame these successfully trusting in the Lord.

After Sister Divya, Sister Anthu was appointed the Headmistress in the year 2004.Sister Anthu also contributed a lot to the development the school. Under circumstances unexplained, the Sisters had to discontinue their services in the school in 2004.

In the year 2008, the school was upgraded to high school.

As the scriptures say there is time for everything. The Sisters of Notre Dame were invited back to Francis Xavier School, Somanahalli and on 1 June 2012, Sister Jyothika was appointed as the headmisters of the high school section which is in English medium. The students are very good at sports and extra-curricular activities. They are also eager to learn. May the Lord enable us to impart our Notre Dame Education and prepare these children as citizens with right values and eagerness to serve the society. There are many challenges ahead of us in this school but the good God is always there to help us. 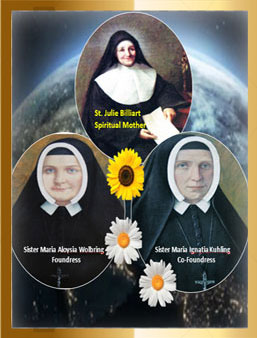 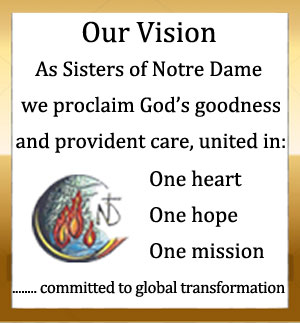